The cryptocurrency space has been exciting for investors in recent months, inspiring many beginners to consider entering the market. Novices may not understand the sheer volume of choices you need to sort through to invest in cryptocurrency, however.

While you can invest in individual coins such as Bitcoin, Ethereum, Ripple, Litecoin, or AntShares, there is no way to invest in generic cryptocurrency. This means that you have to do a little bit of research before you can get started.

This guide to cryptocurrency for beginners will begin by breaking down the technology behind cryptocurrencies, including the blockchain and the mining process.

It will then detail the investment prospects of five popular cryptocurrencies. The market is too fluid to recommend a buying price for these coins, so projections alone are used to determine their investment potential.

An Explanation Of The Blockchain

The core value of most crypto coins is the underlying blockchain technology. It allows all crypto transactions to be stored as blocks in a public ledger. New blocks are added at regular intervals. For example, the Bitcoin network creates a new block every 10 minutes.

These new blocks are checked against previous ones to prevent the existence of counterfeit coins and/or theft by a process called cryptocurrency mining. Miners are compensated with brand new coins, allowing for expansion of the available money supply up to a previously determined limit (21 million Bitcoins as an example).

If you want to invest in cryptocurrency without laying out any money, you could become a crypto miner.

Cryptocurrency transactions are validated through a sequence of complicated math problems performed by computers. The largest exchanges are hosted on a series of decentralized computers, with each machine contributing to a given transaction’s verification being rewarded with that network’s tokens as compensation.

For example, if your computer assists in the verification of a Bitcoin transaction, you would be paid in Bitcoin.

Every transaction is a race for the prize, meaning that your computer would need the ability to process a lot of data per second to realistically get any digital currency.

This is kind of like a miner panning for gold in that every miner has a chance to find some, but those with the best equipment have the best odds at the mother load.

You’ll also need a cryptocurrency wallet to store any cryptocurrency your computer earns. Electrum is currently the most popular option to store the proceeds of cryptocurrency mining, but the most important thing is to use an exchange that accepts the coins you are trying to mine.

What Investors Should Expect

The massive growth of cryptocurrencies in 2017 has given the industry more mainstream credibility than ever before. For instance, the CBOE (Chicago Board Options Exchange) added digital currencies to its traditional futures markets this year.

This broad recognition of the value of cryptocurrency should not be confused with a stable investment offering predictable returns, however.

Bitcoin’s price surge is largely responsible for the mainstream acceptance of crypto coins, but it has been a roller coaster with significant downturns between dramatic spikes.

Many coins are still searching for practical uses, making their value based on pure speculation. Altcoins such as Litecoin and Ripple also tend to have tiny user bases that can inflate or deflate their value significantly over the course of a single trading day.

For these reasons, novice investors may wish to stick to the more established coins. The following five cryptocurrencies offer intriguing possibilities for any beginning investor.

Bitcoin recently underwent a “fork” in which the cryptocurrency was split into two different ones: Bitcoin Cash and Bitcoin Classic. Owners were given holdings in both currencies, diversifying their digital currency portfolio without their direct consent. This situation, while bizarre, does not damper Bitcoin’s future outlook but instead suggests what a wild ride crypto investors can expect moving forward. 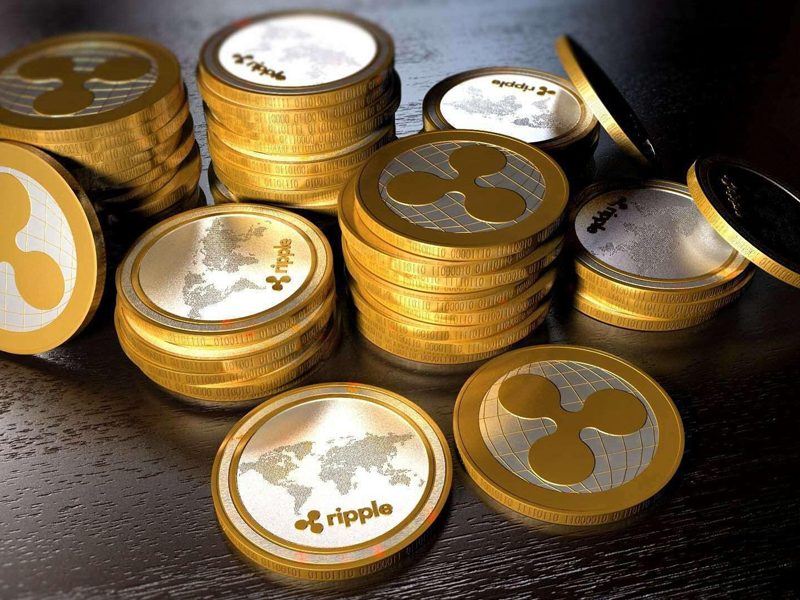 Ripple is an intriguing coin in the short and medium terms, but its long term prospects are hindered by its planned circulation of 99,000 million coins. It will take years for the currency’s regular token injections to reach that number, but it is hard to see it ever becoming a scarce commodity with such a high planned circulation.

Ripple is valued at $0.7250 USD at the time of writing, with the most aggressive future value pegged at around $0.9550 per coin. This suggests that it lacks the explosive upside of other coins.

Long portrayed as the silver to Bitcoin’s gold, Litecoin surged by 10,000 percent over 2017 and is projected for further growth. It reached a market capitalization of $1 billion way back in November of 2013 and has only gone up since.

This may make it seem like an obvious choice, but remember that all investments are inherently risky. There are no sure things in the crypto space.

Ethereum has the advantage of a clear commercial advantage in the marketplace: its underlying blockchain supports smart contracts, or electronic contracts that automatically fulfill themselves once certain conditions are met. For example, a smart contract could be drawn up that pays a vendor automatically for a shipment of goods scheduled for three weeks from now upon receipt.

Only digital currencies such as ether currently have the ability to guarantee payment upon receipt today for a future transaction.

AntShares are a Chinese cryptocurrency with the same ability to facilitate smart contracts as Ether. Its value per coin shot up to a high of $11.80 in 2017 before retreating back to around $5, but it could reach ether’s valuation if Chinese investors embrace it.

Hopefully, this guide to cryptocurrency for beginners  helped answer any questions you have about this trending topic. If not, please reach out for more information!

How to Learn Cryptocurrency Trading

There are hundreds of videos on Youtube about cryptocurrency investing, some are very informative and are full of valuable information, but the majority of the videos would have you believe that investing in cryptocurrency is a sure bet and that you are virtually guaranteed to make a million dollars virtually overnight. Unfortunately, it is very difficult to know which ones are real and which are just tryinng to sell you some get rich quick scheme.

The best way to learn cryptocurrency investing is to find a handful of reputable sources and devour all the information they put out.

My favorite  cryptocurrency training resource is The Crypto Currency Codex ( I built an entire site around it afterall). You can read my review, if you would like to see some alternative reviews I have embedded a couple videos below.